Benefits of Oil Analysis on Locomotives

BENEFITS OF OIL ANALYSIS ON LOCOMOTIVES

After performing Oil Analysis on locomotives in the rail Industry for many years now, Techenomics International has seen the many benefits and large amount of dollars companies can save, by implementing a preventative maintenance schedule. 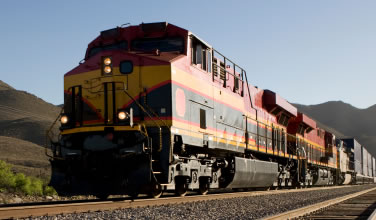 The examples outlined in this case study, come from the work Techenomics have carried out for a client in 2013 and highlight successful maintenance interventions that underlie the value of the oil analysis programme in identifying both engine and air compressor conditions, detected by the evaluation of oil samples.

Although many incidents were raised that resulted in maintenance actions addressing specific issues identified through the oil analysis and the repair description, the four examples discussed clearly show the role oil analysis programmes contribute to achieving locomotive reliability.

Results of an Engine Oil Sample show very high indication of water leaks with sodium, Boron and Silicon. High coolant reads had been recorded for three months and follow up inspections had yet to detect the leak.

Based on analysis results and failure analysis recommendations provided by Techenomics the client carried out an exhaustive engine examination to determine the source of the leak.

5 heads were cracked letting water into the engine. Head was replaced, oil and filters changed and the problem was fixed.

Based on analysis results and failure analysis recommendations provided by Techenomics the client changed the oil immediately and carried an internal inspection to identify the source of the wear elements and determine repair.

Best practice carried out. Oil changed, reprimed. The next analysis result is within acceptable limits.

Based on analysis results and failure analysis recommendations provided by Techenomics the client immediately checked the engine for fuel leaks.

Found #2, 5, 8 fuel delivery pipes leaking. All pipes were replaced and checked for leaks. No leaks evident. Pipes will be monitored.

Based on analysis results and failure analysis recommendations provided by Techenomics the client carried out an examination to identify the source of the coolant leak. The sample again showed high silicon, sodium and Boron.

These case studies clearly show that Oil Analysis, carried out by Techenomics, on the engines of locomotives helped the clients detect engine problems and consequently prevented very costly engine failures.

For information on oil analysis on Locomotives please contact us, email:  info@techenomics.com  or visit www.techenomics.net