It is the first time IMARC has been held in Sydney after previous iterations were staged in Melbourne and the event proved a big success with a record 7,800 global delegates from more than 110 countries in attendance along with 436 exhibitors. 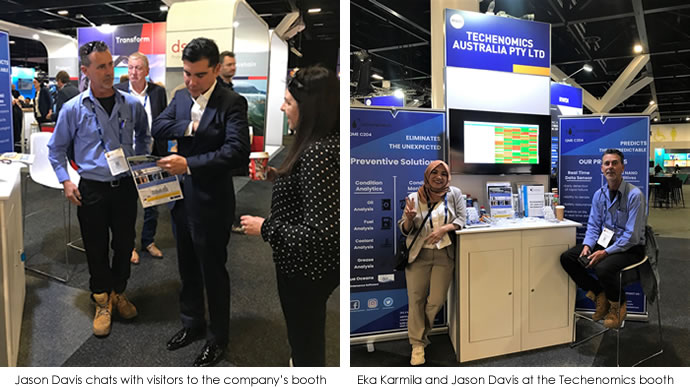 So successful was IMARC 2022 that organisers have decided to hold the 2023 event in Sydney at the same venue, from October 31 to November 2.

Chris Adsett said discussions over the three days centred on ESG initiatives, innovation and diversity with a strong focus on mining’s role in a decarbonised global future.

“While this represents a major shift for mining and industry, mining has never been more essential, especially for the so-called battery metals along with ‘green’ metals,” he said.

“This means that Techenomics’ total fluid management services aimed at optimising the effectiveness of oil, fuel and all lubricants will continue to be just as relevant as they are today.

“It also means that the Liquid Tungsten products that Techenomics distributes throughout its network and exclusively to the mining industry will be even more important.”

On his presence, Jason Davis said: “I had the privilege of attending the IMARC, Australia’s largest mining expo, and I was lucky enough to do this with my fellow Techenomics colleagues. 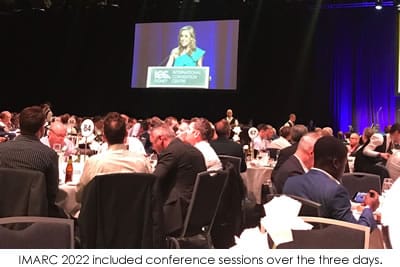 It paved the way for collaboration of not only mining companies but also IT companies with unique software platforms, mine digitalisation and automation, heavy construction and hydraulic companies, the list goes on.”

Eka Karmila said: “I met with a lot of experts from Australia, USA, Saudi Arabia, Mongolia, Africa, Chile and Indonesia and I was excited to have an opportunity to learn more about mine digitalization as well as new software and real data.”

Siti Munawarah said: “The event was a big success and Sydney as the host place for the event is really a friendly and amazing place.

“It was such an honour for me to attend the IMARC event and meet a number of people and companies in various industries including mining and IT companies as well as the Indonesia Coordinating Board (or BKPM) who also participated.

"Congratulations to Sydney for being chosen for IMARC 2023 and also thanks to METS Ignited and Austmine for making such a successful event," she added.