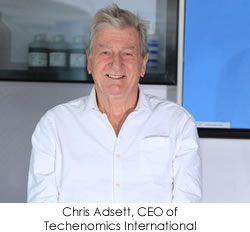 Techenomics distributes the NIS products throughout its network
The inorganic fullerene-like tungsten disulphide (IF-WS2) nanoparticles that are being distributed by Techenomics have again demonstrated their unique properties of reducing friction and wear while enhancing lubricant performance by gaining an important environmental accreditation.

He says: “The ISO 14001 is another validation of our efforts here, at NanoMaterials, to optimise environmental aspects of our unique production.”
He adds the certification is a “valuable target achieved”.

As well as distributing the IF-WS2 products throughout its network, Techenomics is also the exclusive global distributor to the mining industry. 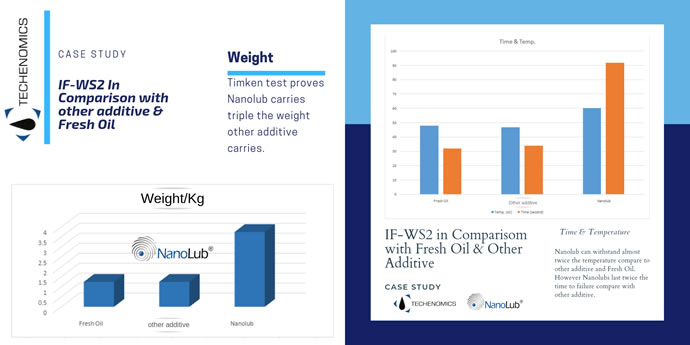 “At Techenomics we continue to prove the benefits espoused by NIS through its extensive research and testing by way of our own, independent tests and trials.”

A recent article in Lubes’n’Greases Europe-Middle East-Africa edition explains how the product was developed. 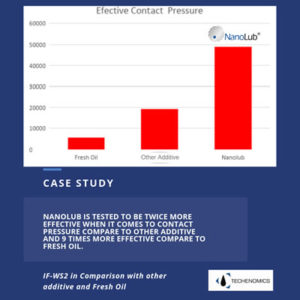 The writer says that a long-term objective in the lubricants industry has been to find an additive that is effective in water and oil as well a chemical or blend that provides friction reduction, anti-wear and extreme pressure performance.

“In almost 80 years since the discovery of zinc dialkyldithiophosphates’ anti-wear properties, any additives that could satisfy either of those criteria was likely to be radically different” and he went on to describe how IF-WS2 does both.

The foundational chemistry of the technology is carbon fullerenes, which result in the formation of near-spherical or onion-like structures.

“One of those who was earliest to realise this was Reshef Tenne at Israel’s Weizmann Institute of Science. Tenne predicted that tungsten disulphide, which is layered when in bulk, would form caged structures rather than layers if it could be synthesised as nanoparticles,” the writer states.

He named these materials inorganic fullerene-like nanoparticles and nanotubes.

Two companies were created to exploit the properties of IF-WS2 nanoparticles and these companies later merged to form NIS. The materials NIS manufactures are based on multi-walled onion-like particles.

The article states that as “the IF-WS2 particles are near spheres less than a micron in diameter, they can fill surface cracks and hollows, preventing oil from entering. The spheres are compressible, so they prevent exposure to the hydraulic pressures that can cause cracks to propagate. They can also roll within the contact, holding the two surfaces apart as they pass.”

Chris Adsett says these properties reduce heat and friction in lubricated situations, such as engines, thereby reducing wear and the build-up of deleterious metal elements that can impact on performance.

As well as improving fuel consumption and oil performance, this process has been shown in tests and trials to also reduce maintenance intervals and costs, improve productivity and reduce harmful emissions.

The effectiveness of IF-WS2 has been demonstrated in engine, transmission and gear oils as well as in greases. 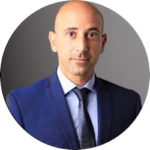 This technology has many applications, as explained by NanoMaterials chief operating officer Alexander Margolin in Lubes’n’Greases:

“The scale-up of production of IF-WS2 particles of various morphologies; development of dispersion techniques for novel materials in various carriers and building performance additives for various applications are a solid basis for our future.”